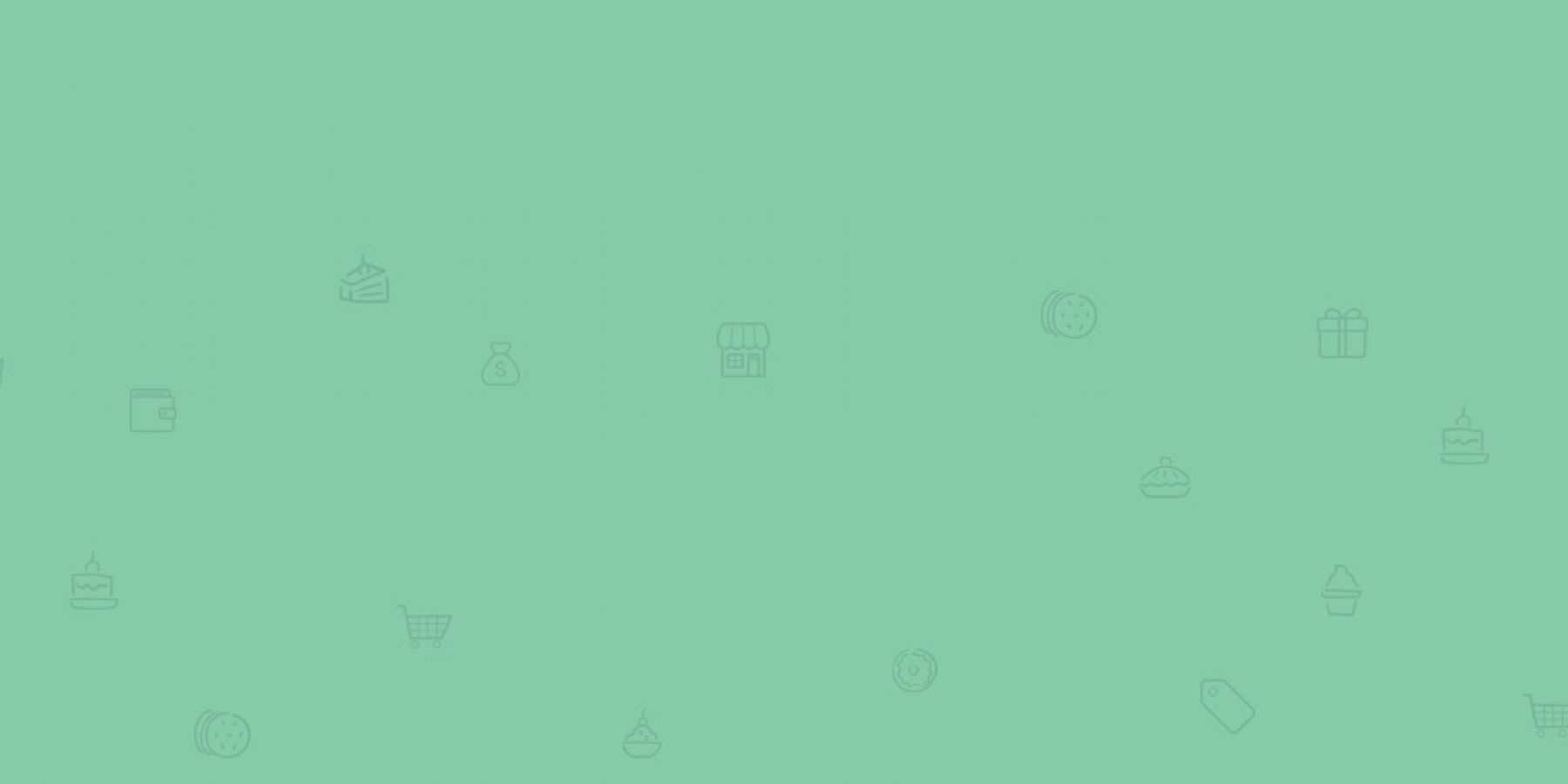 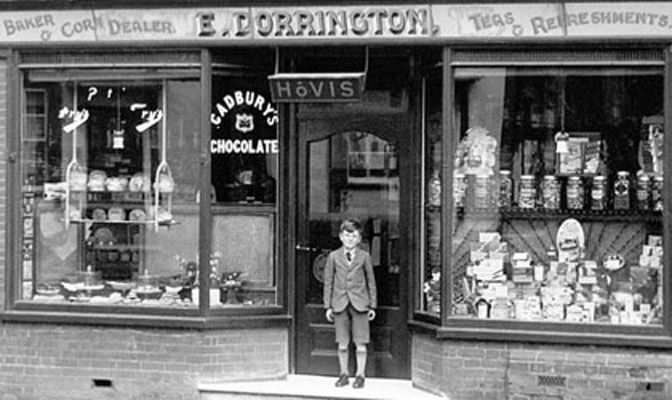 Ernest Dorrington set up his bakery in Sawbridgeworth in a small bakehouse with a shop.

He had left the army only two weeks earlier after 5 years service with the Essex Yeomanry in France and a military medal under his belt. In that fortnight he had married the girl he had courted throughout the war, taken a weeks honeymoon and put down his war service gratuity as a deposit for the business of "baker and corn dealer", so corn could be purchased alongside your daily loaf and this helped as most people at that time kept a few chickens in their back yard. 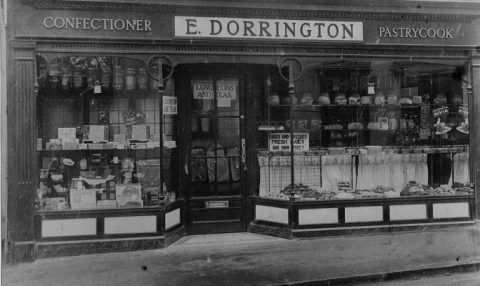 The next Dorringtons shop was opened in Harlow (now Old Harlow) and a Model T Ford Van was purchased to make deliveries. 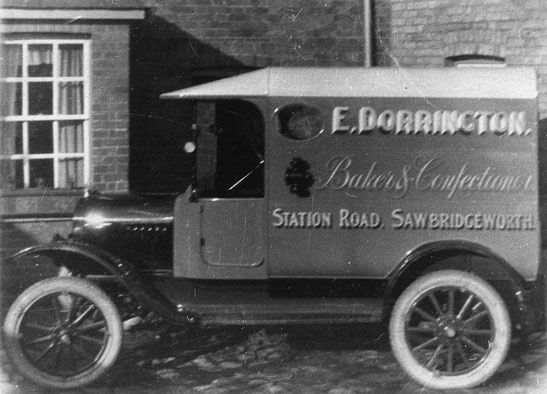 With the arrival of electricity to the country town of Sawbridgeworth, the paraffin engine driving the dough mixer finally went to the scrap yard and was replaced with an electric motor.

Our next branch shop opens in the centre of Bishops Stortford in the market square. There were six other bakers in the town at the time, all of which have since disappeared.

In addition to Market Square, you’ll also find us at Snowley Parade and Havers Lane in Bishops Stortford. 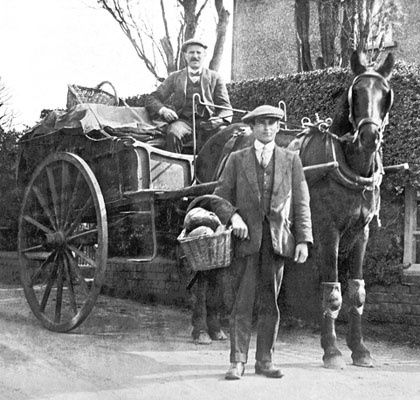 The Second World War brought all manner of difficulties but we still had bread rounds delivering door-to-door 3 days a week. Shortage of petrol brought our horse drawn delivery vans back into service and the odd air raid warning and black outs did not help! 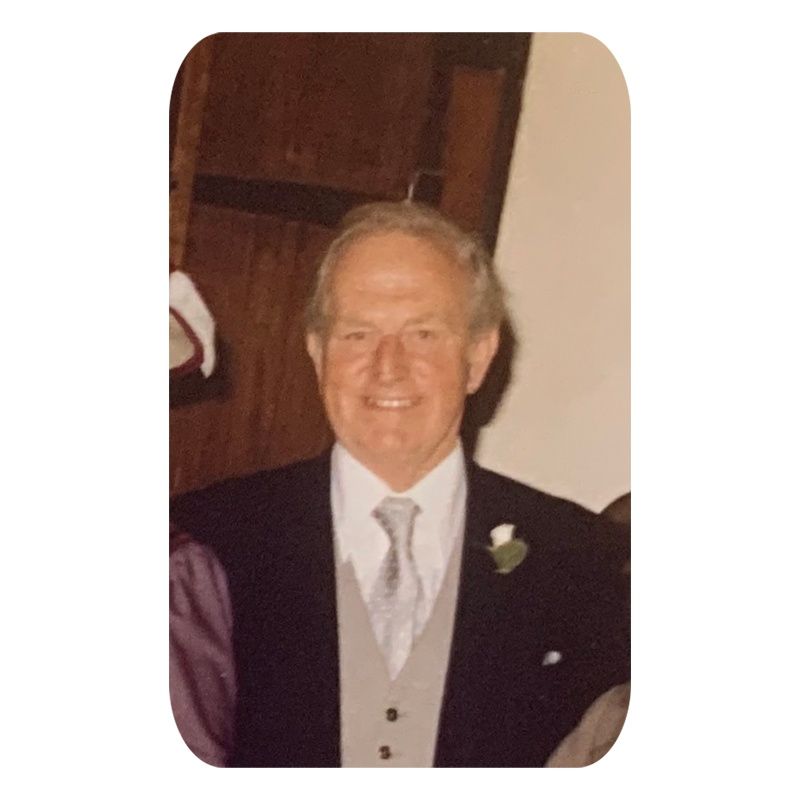 In 1945 the Second World War finally ended and the world began to change dramatically. George Dorrington (pictured), son of Ernest, took on the mantel of Managing Director from his father after returning from serving in Burma during the Second World War. The bakers roundsman was rapidly disappearing from the streets of England and, as Harlow New Town expanded, so too did Dorringtons, with new shops at The Stow and Potter Street. 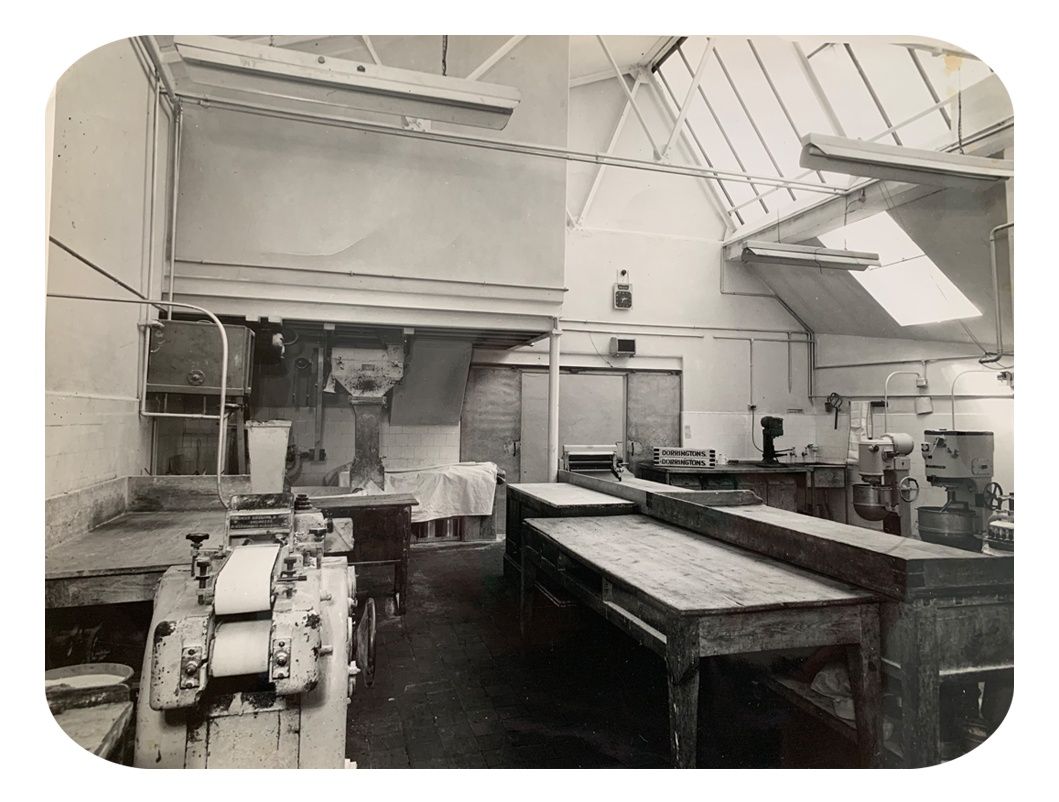 With plenty of room on the site of the original bakehouse a brand new bakery was built. Out went the old coke fired oven with its sulphur fumes to be replaced with the latest gas fired models. 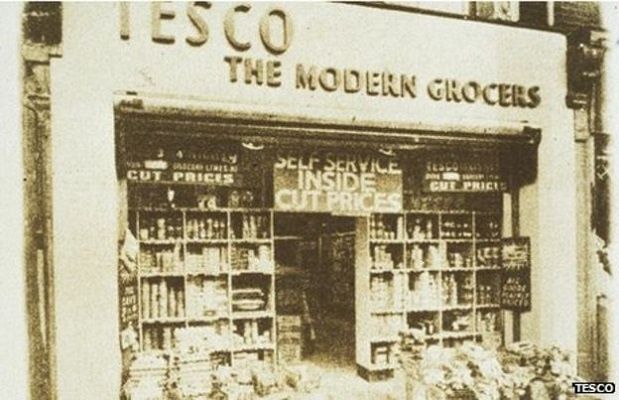 Competition became fierce with rapidly expanding supermarkets, where bread was sold as a loss leader. Many of the remaining independent bakers went out of business. Dorringtons continued to maintain its high standards of quality freshness and good value rather than compete in the battle for cheapness. 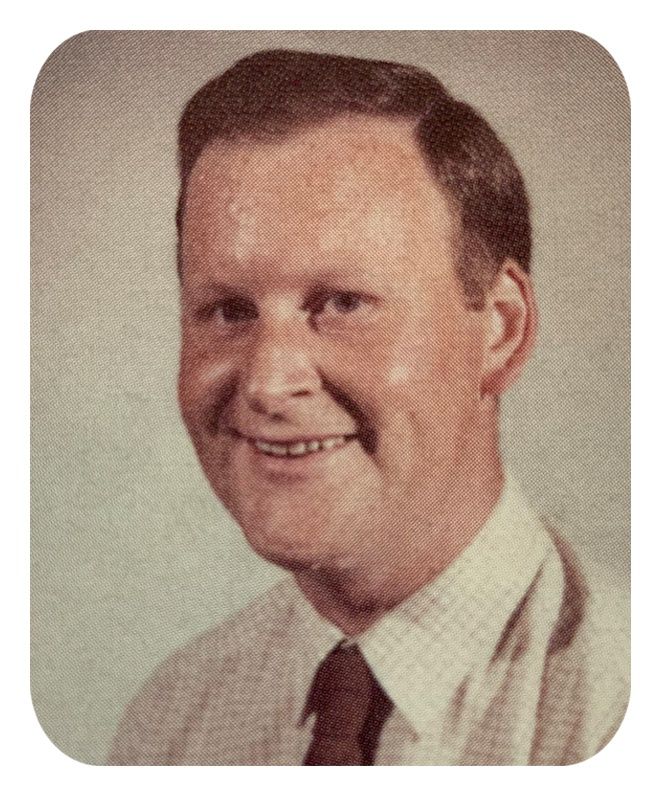 A third generation takes up the reins with James Dorrington and the bakery was again enlarged and rebuilt. 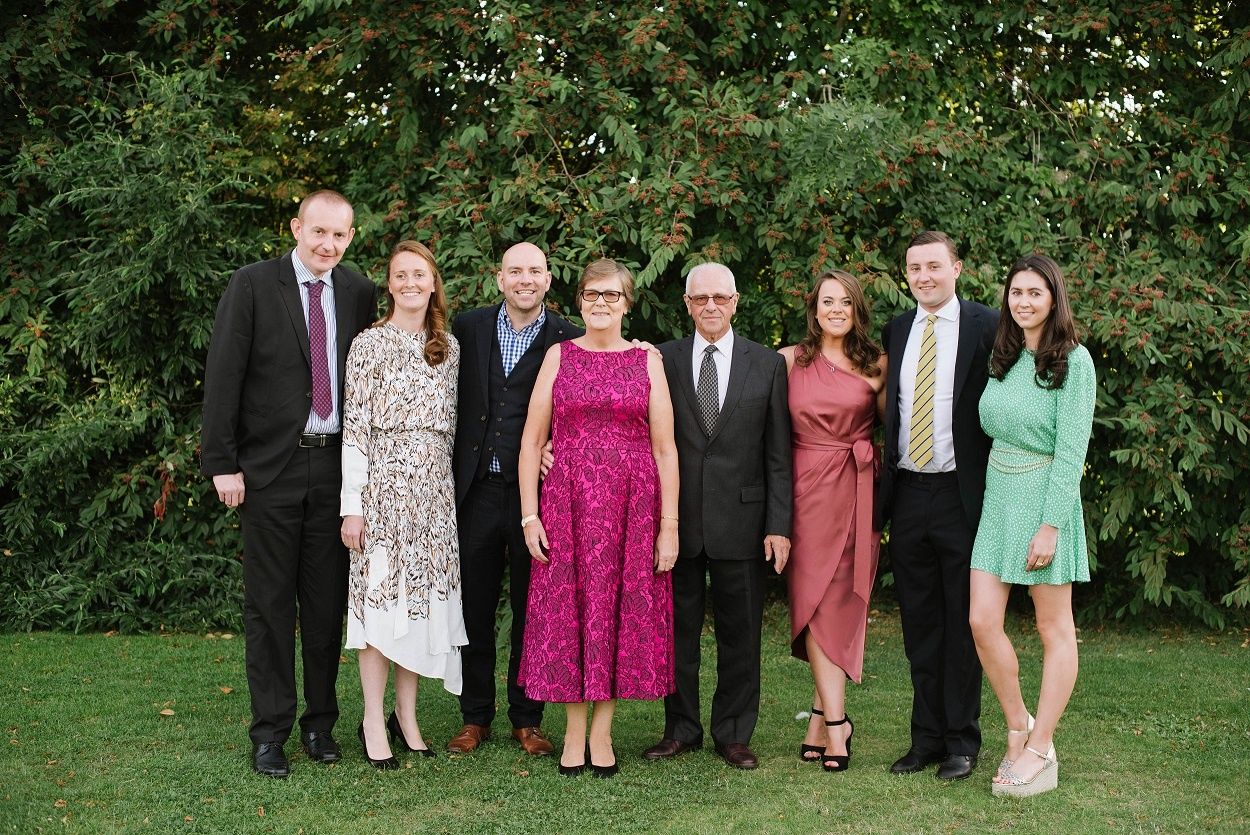 Caroline, granddaughter of Ernest Dorrington, becomes Managing Director, following the retirement of her brother James. Caroline (centre) is pictured at our Centenary Celebrations. 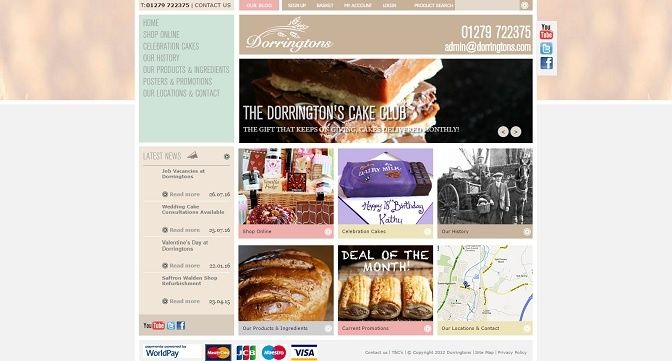 A new website is launched, allowing customers to purchase a range of bakery goods online, including hampers. 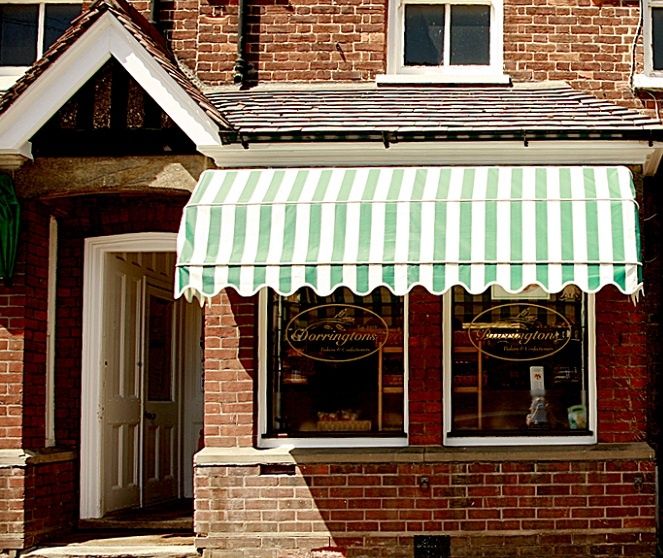 In January we opened our 15th shop in Sawston, Cambridgeshire.

We also relaunched our bespoke celebration cakes – creating cakes for every occasion!

Our Newport store gets a long awaited makeover, and now includes a small café! 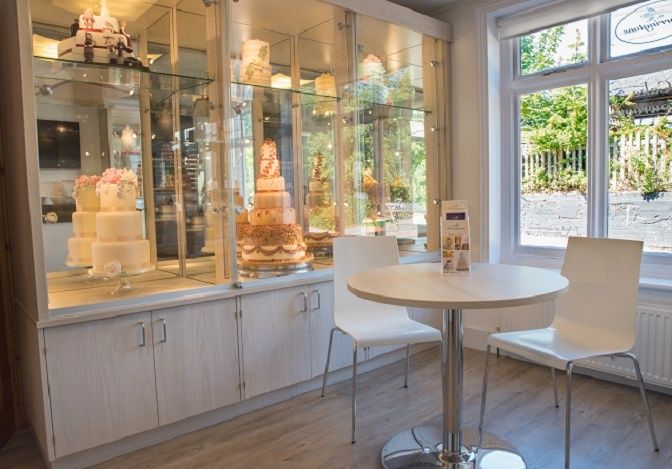 Dorringtons celebrates 95 years in the baking business! Our 15th, and most recent store, is opened in The Stag, Hatfield Heath and we opened the Cake Room at our Sawbridgeworth shop – offering consultations and tastings to customers for their bespoke wedding cakes. 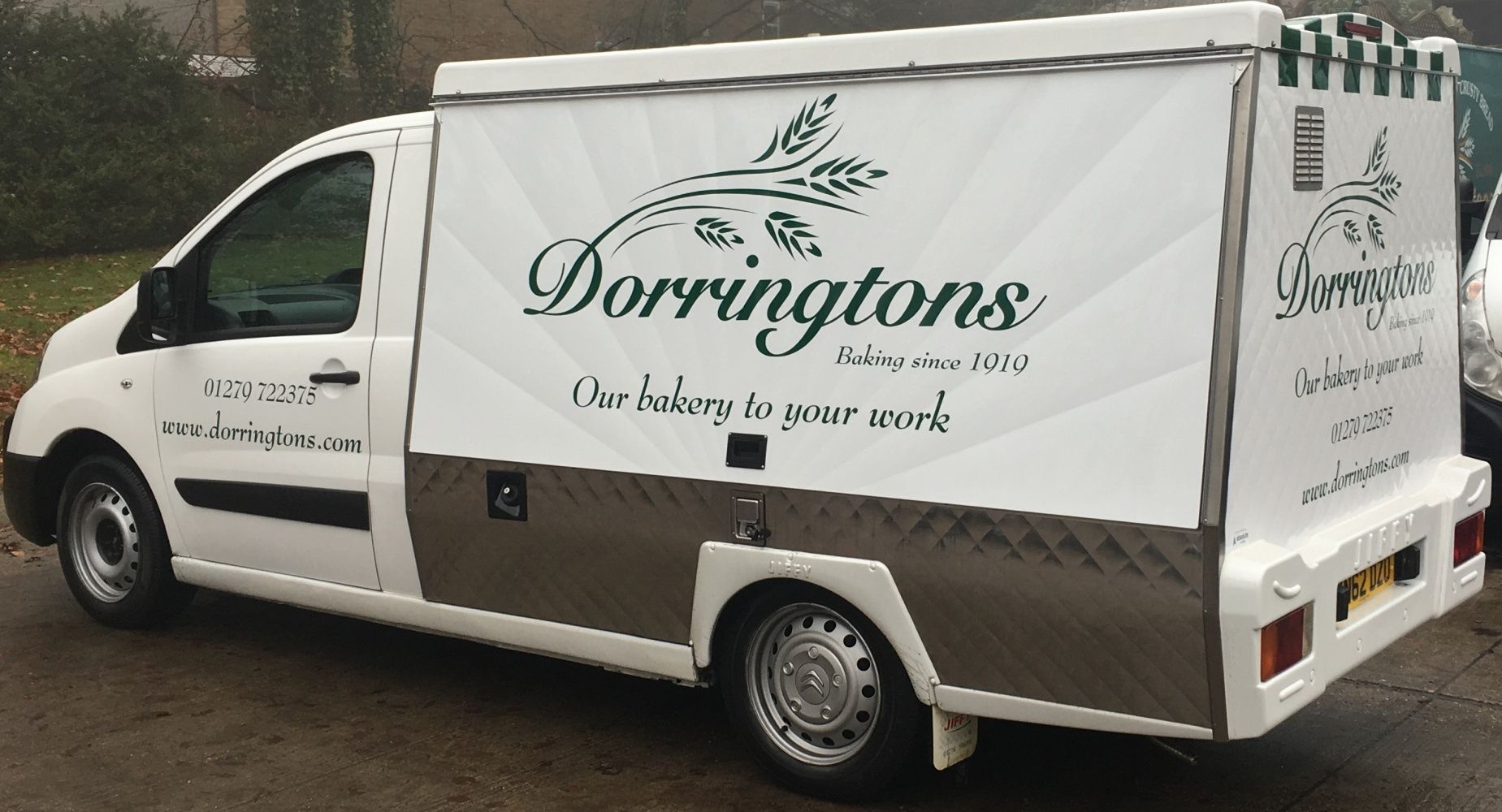 A new venture starts with our first Sandwich and Snack Van, delivering to the workplace in Harlow, and looking to expand with more vans in more areas. 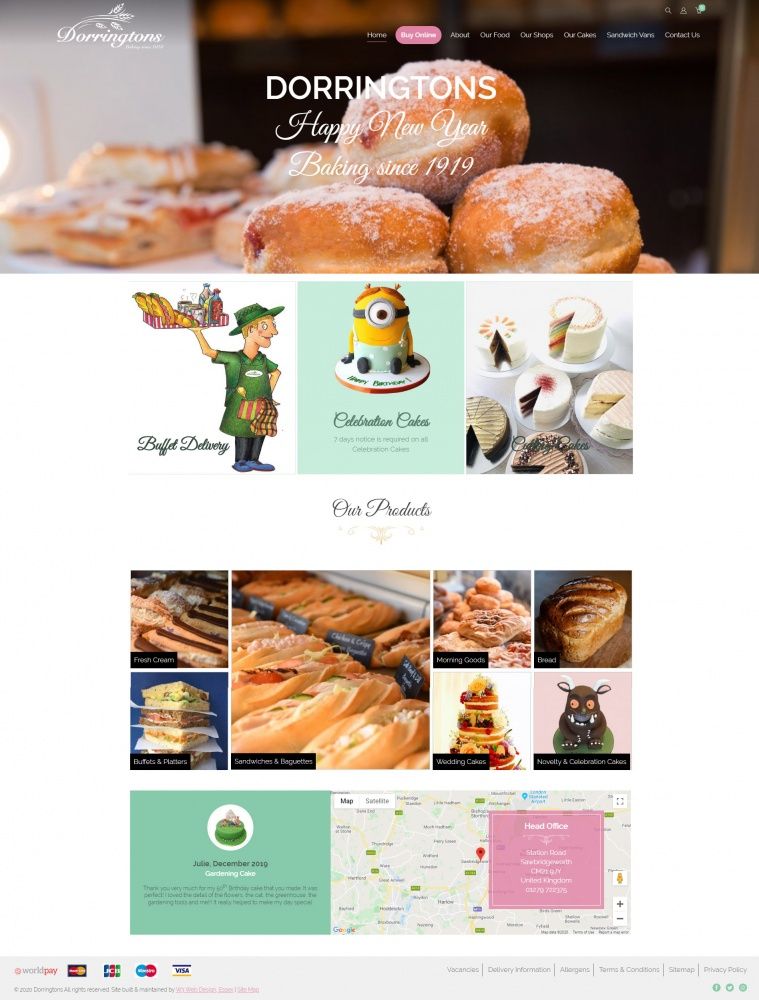 Dorringtons Website was relaunched to improve the browsing and buying experience for our online customers. We now offer a wide range of buffets, platters and cakes which can be bought online and delivered to your workplace or home. 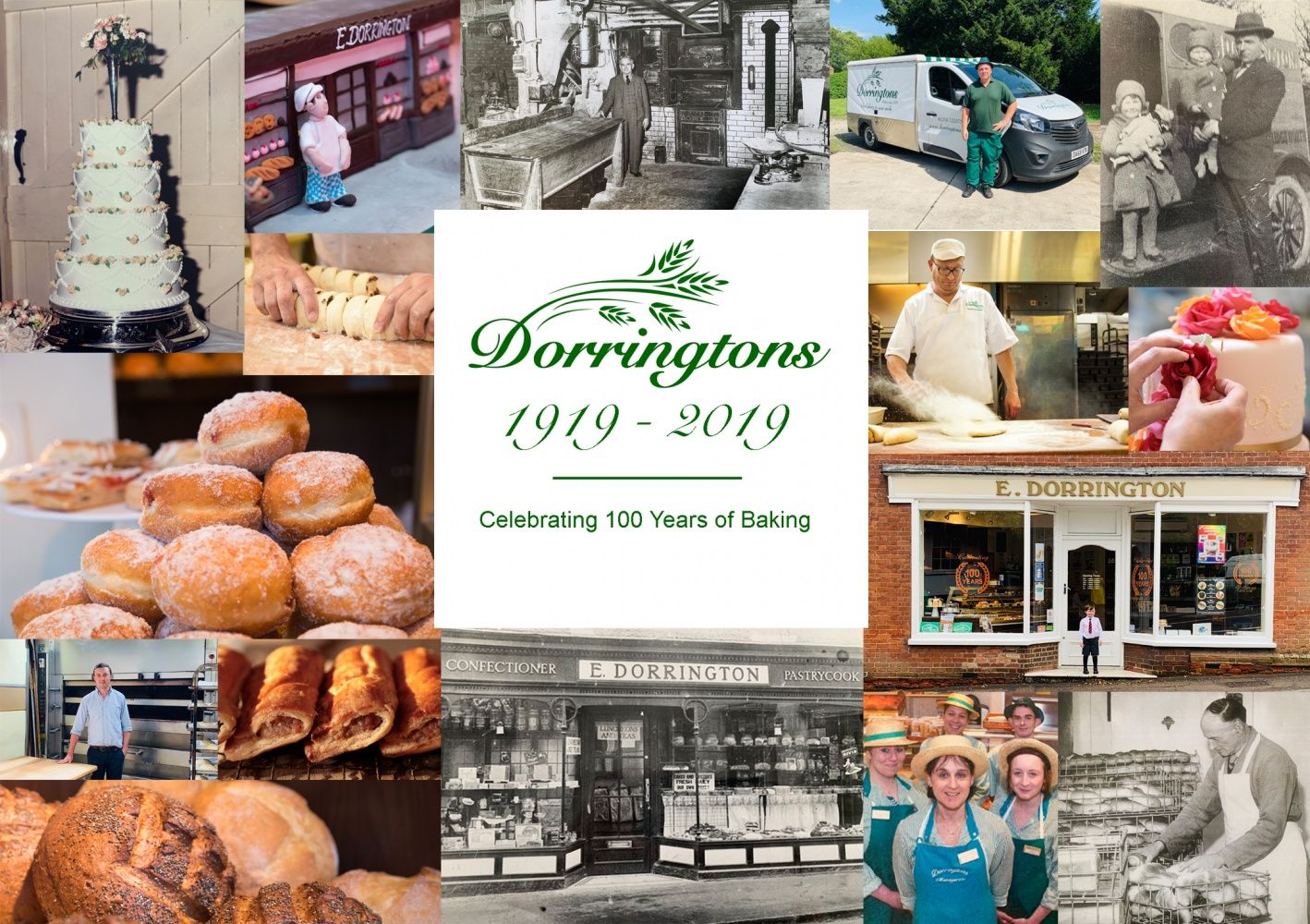 2019 was a big year for Dorringtons as we celebrated 100 Years of Baking!

In the shops and on our vans we thanked our loyal customers with a week of celebrations, including scratchcards with over £10,000 worth of prizes to be won (all edible of course), loaves of bread for the same price they would have been on the day we opened in 1919 - 1 penny (or 1d in old money) and we even recreated some of the old recipes resurrected from our archives - Princess Tarts, Walnut Whirls & Paradise Slices.

For our fantastic staff, friends of Dorringtons & suppliers we threw a party, which was held at Manor of Groves, High Wych. We all had a fabulous time and everyone celebrated with gusto. It's not everyday a Family Bakery turns 100 after all!

Ben, our Project & Snack Van Manager, increased the number of snack vans to 5 with the newest route including parts of Stansted Airport.